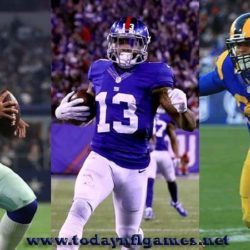 It’s good to be young and successful in the NFL — until a player is not paid what he’s actually worth to his team. The nature of the league’s rookie wage scale and initial contracts aren’t exactly player friendly, especially when said player well outperforms his draft status. From draft class of 2014 standouts who would like their big[…]